How many of you are in a transitional phase of your life? You’ve received a word from the Lord and you are waiting for it to manifest.  The reality of your situation is not lining up to what was spoken.

You’re waiting on God, but my question is: How are you waiting?

God spoke a word to Abraham that He will bless his seed with land. He said that all the families on earth would be blessed through him. He told Abraham that he could count the stars in the sky and that’s how many descendants he would have. Abraham and his wife, Sarah, were wondering how when they didn’t even have a son to begin with. Also, he and his wife were very old, well past child bearing age. Abraham’s reality didn’t line up to what God said. God’s word came to pass. Abraham was 100 when Isaac was born. Even though, He didn’t understand how. He believed God and it was counted as righteousness. However, there is a twist. Abraham and Sarah moved ahead of the Lord and made different plans. they believed what He said, but thought they would help Him. You see, they didn’t have a seed. So Sarah told Abraham to sleep with Hagar, her maidservant and have a child. He did. And Ishmael was born. Even though Abraham now had a son, he was not the son that God promised. Isaac was the promised seed. God’s word still came to pass. Read the account at Genesis 18-21.

This is a very relatable story and a prime example of reality not lining up to what God said. But with patience, and standing still we will see God come through. He knows the plans that He has towards us.

Let’s also look a the Israelites in the wilderness. The Lord had just rescued them from Egypt.

The Lord told the the Israelites that He will give them Canaan as the Promised Land. Read the account here at Numbers 13-14. He freed them from Egypt and they were witnesses to many miraculous signs and wonders. They saw His glory in Egypt and the wilderness. He went before them as a pillar of a cloud in the day and a pillar of fire at night. 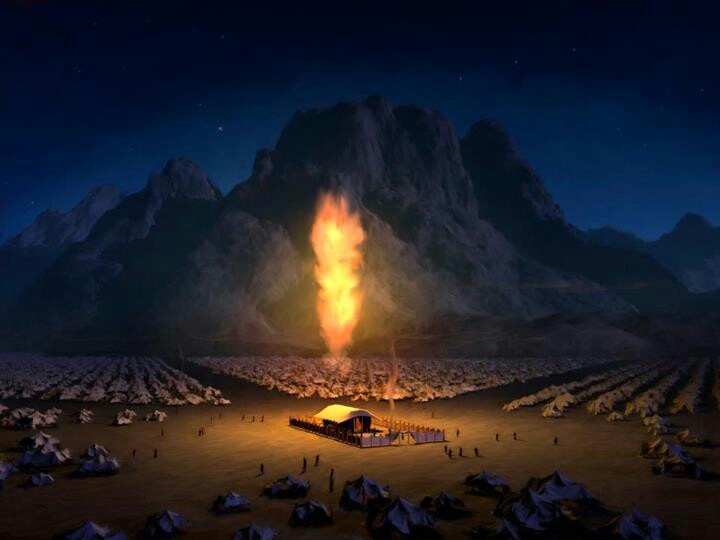 The Lord said for Moses to send out 12 leaders from each tribe to spy out the land of Canaan. They went and spied on the land for 40 days. They came back with conflicting reports. 10 of the leaders thought the land was impossible for the Israelites to capture. They saw the men in Canaan as being too powerful for them to overcome. Two of the leaders thought it was very possible because God was on their side. They all received the same word, but saw the situation differently. You know what the difference was? It was their faith. Their trust in God. Who believed His word? They all received it. But who believed it? It was only 2 of them, Joshua and Caleb who said that they could, “certainly conquer it.” They told the people not to be afraid because the Lord was with them. That is what faith looks like. The situation may appear to be impossible. It may look quite bleak, but if the Lord speaks a word you can count on it.

God sent His word forth.

What do we know about the word of the Lord? We know that it says in Isaiah 55:11, that His word will not return to Him void and will set out to accomplish the purpose for which it was sent. This means when God speaks a word to us, we can believe it.

The problem comes when we are looking at our circumstances. Our reality and day to day isn’t lining up with what God said because what He said hasn’t manifest in the natural yet.  The reality is conflicting to what was spoken. This requires great faith. It requires us walking by faith and not sight.

I will share 4 ways that can help you to walk by faith: 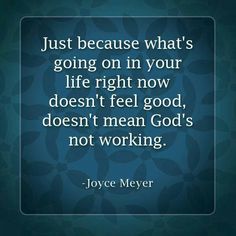 As I mentioned earlier, the Israelites were walking by sight and not faith, despite the experiences that they had with God. They had testimonies of His greatness and the wonderful things He did for them. He sustained them in the wilderness. He fed them with manna falling from Heaven. Fresh manna daily. They couldn’t store it up, because they had to depend on Him daily. Just as we do. As we should. That’s a miracle. They didn’t go hungry and He was with them daily. His cloud followed them by day and His fire by night. He led them. They knew what He was capable of. They started complaining about the manna. Lord help us. We are not so different today.

Their unbelief came with consequences.  They didn’t believe Him.  Yes, they had to wait. But, how did they wait?  With murmurs and complaints the entire time that He was sustaining them and teaching them. He gave them laws during this time among other things. At the end of the day, they were unable to enter into the promise land because of their unbelief. (Number 14: 20-23) The funny thing is, they would say that they believed and would do all that God said to do, yet their actions didn’t line up with that. A lesson for us today, for sure.

Without faith it is impossible to please God. (Hebrews 11:6)  Catch that?

What makes it hard is all the other voices we hear. Not anything spooky. I mean, our own voice, the enemy, our friends, etc. We have to learn to drown out the noise. A great way to do this is watching what we take in. What we listen to. What we watch. If we are spending more time daily with anything and everything but God, we will miss what He is saying. It’s more than just going to church on Sunday. It’s deeper than that. It takes pressing into Him. He says seek and you shall find. (Matthew 7:7)

When doubt enters in, rebuke it. When negative thoughts come, rebuke them and replace them with positive thoughts. The word says we take captive every thought to make it obedient to Christ (2 Corinthians 10:5) This is an all day, daily thing. I say this because thoughts will come. You will look at your situation and thoughts will come, words and actions even. But make a practice of taking them captive.

Speak life into your situations: Speak these affirmations, depending on the situation: I am the head and not the tail. I am a lender and not a borrower. By His stripes I am healed. I am the righteousness of Christ. God will perfect that which concerns me. All things will work for the good of those who love God and called to His purpose. I am called according to His purpose and things will work out for me. God is not a man that He could lie. What He says will come to pass. God says His word will not return to Him void. It will do what He purposes for it to do. God will never leave or forsake me. God knew me before the foundation of the world. God is my provider. In all my ways I will acknowledge him and he will set my path straight. There is nothing taking God by surprise. He knows all things. I can trust the Lord in my situation.

Say things like that. That’s the sword of the Spirit. The word of God.

I am very practical when it comes to this because I go off of my experiences. I have had many situations where a word was spoken over me and I look around and I don’t understand because my situation looks nothing like what was spoken. I have tried to take matters in my own hands as well many times because the Lord didn’t move when or the way I thought He should.  I think of the scripture in Proverbs 14:12 that says, “There is a way that seems right unto a man, but the end thereof are the ways of death.” This scripture is repeated at Proverbs 16:25.  We can’t just go our own way and think all will be well. It won’t. I believe the word of God. If you are a believer, you must act like it. Not in word only, but in deed. In your actions, even your thoughts.

God doesn’t move on our timetable. But He is always right on time. I know it sounds like a cliche’, but it is very true. You’ve had your experiences. What is different about this one that you’re in? Is God different? No. The word says that He is the same yesterday, today and forever. (Hebrews 13:8) So If He isn’t different, why can’t you trust Him? Yes, you find yourself in a tough situation. You may have been prophesied an answer. You may have been prophesied something amazing for your future or perhaps your spiritual gifts. You may look and say, “When Lord?”, “How Lord?”  And Glory to God because even in the waiting, He will sometimes reinforce what He said, so you know that He does, in fact hear you. It can come through someone else, a dream, the written or spoken word, or directly thru your spirit.

He speaks to you. But are you listening? Remember His thoughts are not your thoughts and ways not your ways. He may not move the way you want, or when, but again, He IS moving. He loves you with an everlasting love. Don’t doubt Him. You can stand on His word trusting that it will come to pass.

Trust God even when His answer is wait.

What are some ways that you stand on your faith, even when your reality says something other than what God said?

This site uses Akismet to reduce spam. Learn how your comment data is processed.